He studied philosophy, languages and drama. Towards the end of his studies he started a wine tourism business, Village Wine Tours and lectured at the Cape Wine Academy. He also wrote a wine column for the Sunday Independent newspaper.

He has worked three vintages at Domaine Bertagna in Vougeot, Burgundy, and subsequently wine on a small Stellenbosch property, Clos du Ciel with a focus on Chardonnay. In 2001 he joined Wines of South Africa (WOSA) as communications Manager and represented the South African Wine Industry in the Great Wine Capitals Global Network. Since August 2016 he has worked as an independent consultant to the Old Vine Project (OVP) and Agulhas Wine Triangle (AWT).

This project, an initiative to preserve SA’s heritage vineyards, started with the combined passion and commitment of Mr.Johann Rupert and leading South African viticulturist, Rosa Kruger. Rosa located these old blocks of vines that are 35 years and older. As her righthand man, Andre, acts as project manager of the OVP. He has brought his marketing and publicity skills and experience to give the OVP the bigger platform it deserves both domestically and in South Africa’s key export markets. The OVP gained momentum with Mr. Rupert’s vision and seed funding in 2016.

Today, Andre will explain that there is nothing better than finding a plot of old vines that can be brought back to life. To have a better understanding of what he’s doing, the journey has to start in the vineyard……

“When you visit the vineyard, you will feel the energy that will be translated to the bottle”

Through his life experiences he learned that you must be able to think for yourself, and that is what the old vines do…..they look after their resources and they soldier on in times of drought, when the young vines struggle. So standing in a vineyard, Andre and his team want to understand why, viticulturally a specific block survived. They listen to the story behind why the vineyard survived. Sometimes the wine owner does not see the value of it, and he wants to replace the block with more profitable agricultural products, he thinks that older vineyards bear less fruit and with less tons/ha the return on investments is less viable.

It is here that Andre explains that old vines think for themselves. The young vines grow vigorously, they get leaves and grapes but they do not know what lies ahead; it is the old vines which survived the drought, knowing what is coming…….Thus, you must learn from the old vines viticulturally and then apply that for future plantings. Definitely the attitude of: “You plant to grow old” says Andre.

Where do you get these vines and how are they looked after?

Ever wondered why in Constantia, where the first vines were planted, there are no old vines left today? The reason being that these old vines mostly survived better in drier conditions. Most of the old vines are found in Stellenbosch, Paarl, Wellington, Swartland and along the West Coast.

Viticulturally, pruning is important and even considered to be sculpting. They look at what each vine individually requires, how it endured the often severe weather conditions and why it survived. They see that some blocks don’t even need water, perhaps once a season! They see the uniqueness of the old vines; understanding the root system. Sometimes the roots are 40 meters deep or shallow, but 10 m sideways (with a cluster of dense smaller roots); but always trying to get more than enough resources!

The older the vine, the more interesting the wine……. 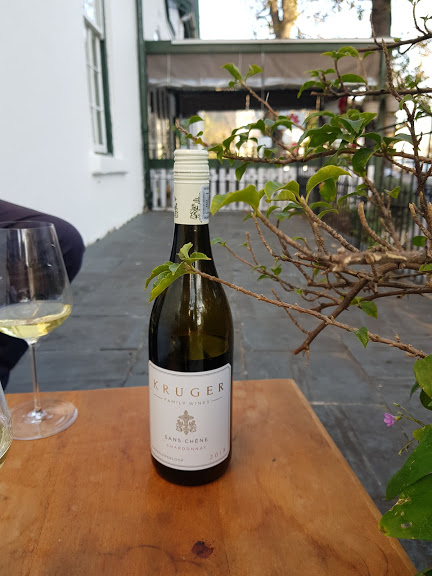 Research proves that older vines have higher natural acid, more than often perfect pH and strangely enough lower alcohol. The ripening process takes longer with these old vines, that may explain the development of flavour complexity.

Two glasses of wine in front of you: one from an old vine, one from a younger vine: The trained and appreciative palate will know the difference. Wine from older vines has a certain complexity, purity, texture, mouthfeel and palate weight. Interestingly enough these wines reflect the site, rather than the variety.

Look out for the certified heritage vineyards certification on a bottle today!

It is differentiated because of quality, product integrity, rarity, desirability, traceability and exclusivity. I know, it is a mouthful! But these vines must be made visible! Three examples of old vineyards: 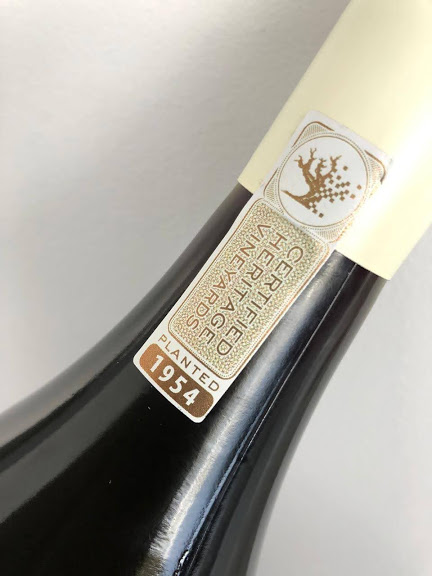 De Morgenzon Reserve Chenin Blanc
It is called “The Divas”, the star quality of the vines that produce it, planted in 1972 on a cool hillside.

Kaapzicht Kliprug Chenin Blanc
The first old vine to be listed by Waitrose in the UK, with the CHV Seal.

Naude Family Wines Cinsault 2015
From a 35 year old vineyard in Darling, the secret of this wine is also that minimal interference during the winemaking process was necessary…….to let this old vineyard tell his own story!