Chefs and their Pets

At home with Bertus Basson

Previous Next
Chefs and their Pets – Bertus Basson

At home with Bertus Basson 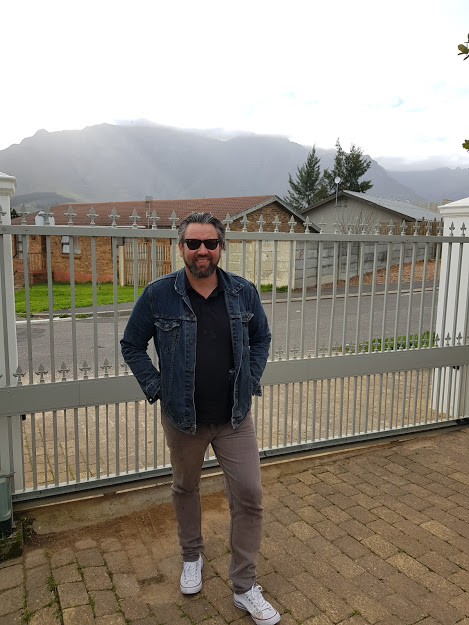 Home for chef Bertus Basson and his family is Jamestown ( also known as Weber’s Valley), a quiet rural settlement on the southern outskirts of Stellenbosch in the Cape Winelands District of the Western Cape.

The moment you arrive at the lovely home of Bertus and Mareli, four dogs, Bone, Snoek, Patat and Brisket, make sure that you feel welcome indeed. Then, not too far behind, comes Spek, the pig. My heart is pounding, because I have never been this close to a pig before let alone touch one! But very quickly one realizes that this is a unique situation. Spek is part of the family and the relationship between the dogs, Spek and their owners is just amazing and heartwarming.

While walking through their lush, vegetable and herb garden any visitor will experience that this is a very special place for Bertus and Mareli. To be surrounded by the majestic mountains of Stellenbosch, the vineyards and to smell, see and handle their own fresh garden produce is a dream come true!

Strong wire fences protect the garden areas from the onslaught of Spek; because he is very set on the exact time when he should get food. The time being exactly 6 o’clock in the morning and exactly 8 o’clock in the evening!

While we enjoy our coffee in their quaint kitchen, one of the cats, Fennel comes to say hallo. The other two cats Sorrel and Parker Parsley are somewhere else in the house.

The Pig and the Mini.

Mareli always wanted a pig as a pet. When they were engaged, she put down a deposit to get a piglet. Her dream came true, and after a year they got Spek, no longer a piglet, but rather a large pig! 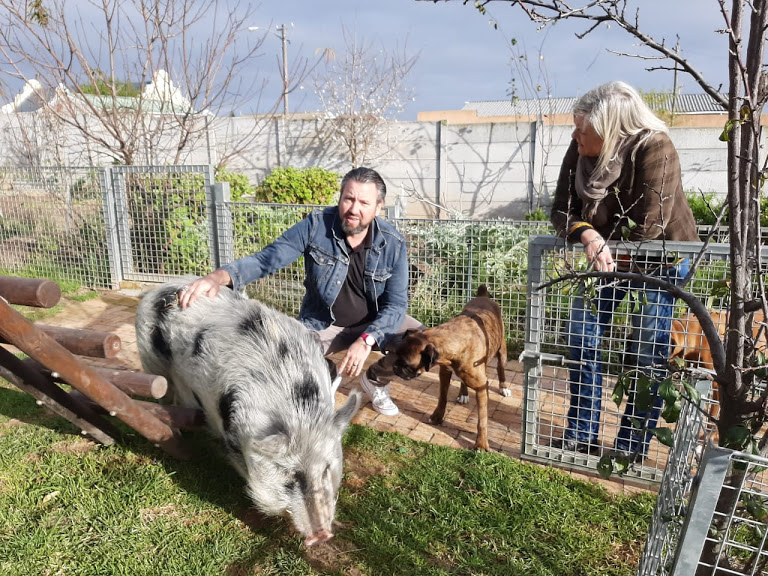 One sunny morning it was time for Spek to pay a visit to Spek & Bone Restaurant in Dorp Street. After all, the restaurant is named after him and Bone (the dog).

Mareli had a Mini at that time and without ceremony Spek was loaded into the Mini and driven to Dorp Street. The students sitting at de Akker on that day, took photos of the scene as the squealing Spek arrived at his destination.

Like the honoured guest that he is, he made a grand exit from the Mini and headed straight for the restaurant!

“Life is a combination of magic and pasta” – Federico Fellini –

Hendrik Albertus Basson was born in Cape Town in 1979. He was bought up in Polokwane, Nelspruit and Witbank. The early years brought back those old magic nostalgic moments when he loved spending time with his Mom in the kitchen. When asked about the name of the first restaurant where he worked, the answer came back quick: Spur!

At the age of 19, he moved to London and worked at a 1 star Michelin restaurant, Chez Bruce. He really learnt to cook here under the guidance of Bruce Poole. This is where his love for using the best and fresh ingredients was born.

Upon his return to SA, he worked as one of the sous chefs at Arabella Hermanus where he excelled in cooking competitions. At the age of 25, he opened his first business “All things culinary” with Craig Cormack.

Today he is a popular television personality, host and judge on The Ultimate Braai Master and author of two books: Homegrown and Being Bertus Basson. He was awarded chef of the year in 2019. He is married to Mareli. Together they are a team, sharing their passion for working with people, creating magic and making pasta together!

“Food is about making an interaction with ingredients. If you talk to them, they will always tell you a story “ – Jose Andres –

The story of Bertus is about family and restaurants and started with Overture Restaurant in 2007. Situated on the foothills of the Helderberg Mountain, this restaurant aims to serve honest, simple, produce-driven cooking based on classical techniques.

An Overture (French for ‘opening’), is a piece of music the orchestra plays at the beginning of an opera or ballet. In this way, it prepares the audience for what is to come. Thus, this restaurant was the beginning of great things to come. He strives to innovate and make the best food – dishes based on fresh, local, seasonal and sustainable produce. 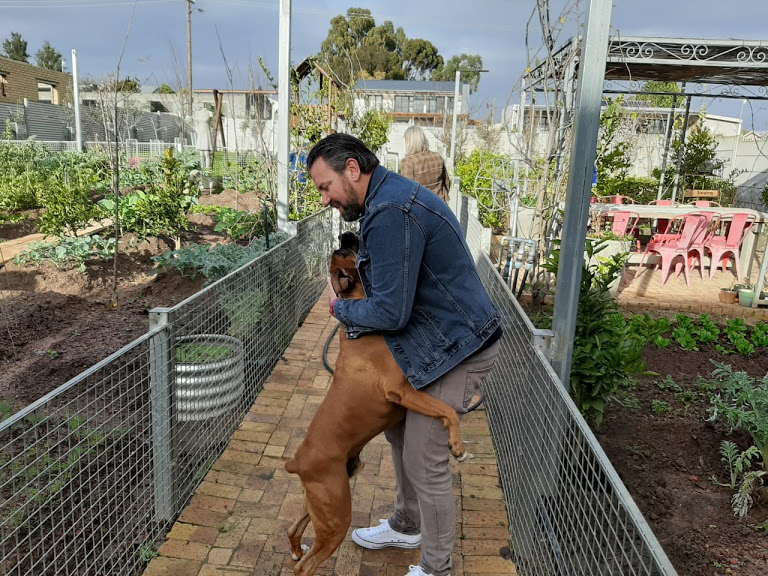 In 2016, Spek en Bone opened. Located at a historic site next to the orginal Stellenbosch market, behind Oom Samie se winkel, it is named after their pig, Spek and dog, Bone. The pets were named after the classic food combination of pork and beans. It also tells the story of the Afrikaans saying ‘om vir spek en boontjies te werk’ meaning to work for food, not for money. It is also here where you can enjoy the unique interaction of local seasonal ingredients and big bold flavours.

2017 marked the year when he opened The Deck on the farm at Hidden Valley, a self-service eatery with a choice of a burger and fries or fish and chips or pizzas.

In the same year, De Vrije Burger in Plein Street joined his family of restaurants. Here you can get a quirky South African Burger. In his own words, Bertus described it as being “free from bullshit and just good”. And you get a free (vrije) icecream on the go!