This is a story of four farm boys living their best lives and enjoying every minute of it. But to know their story better, we must start from the very beginning.

Growing up on Kloovenburg Wine and Olive Estate. 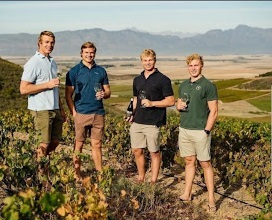 The farm Kloovenbug ( “the place in the ravine”) has a vibrant history. When Jan van Riebeeck went on an inland expedition under Pieter Cruythoff, they set off in the direction of Paardeberg, and they came upon the fertile vista of the Riebeek Valley. In 1704 intensive farming expanded and the farm was given to Jan Bothma by the then Governor W.A van der Stel. In 1958 Pieter Stephanus du Toit bought the farm, and since 1991 his son Pieter is the owner. He is married to Annalene, and their philosophy is: ” Start small, work hard, success will follow”.

Here in the vineyard, the four brothers, Pieter-Steph, Johan, Anton and Daniël, grew up. During the table grape season, they worked with their father on the farm starting at six o’clock. 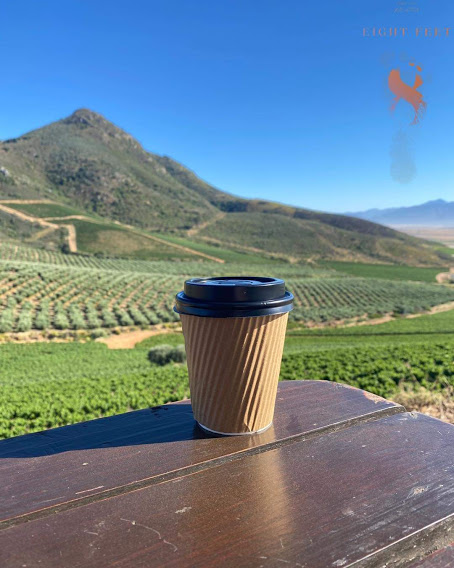 In 1997 they made their first Pinotage, and in 2000 they build their cellar and produced 200 bottles. Today the farm exports to supermarkets Marks and Spencer, Tesco and Waitrose, and the Far East and Malaysia.

There is also a luxurious overnight accommodation on the farm, called Die Pastorie. It is a lovely mix of French and Victorian.

Pieter and Annalene planted Olive trees in 1989 to create job opportunities. In 2008 she was voted Landbou Weekblad entrepreneur of the year. For her, this was also an opportunity to do something special with her sons, to teach them work ethics. Today the youngest, Daniël, a student at the University of Stellenbosch, is also an olive expert. If he likes the taste of it, everybody will love it! Today Annalene has her olive cellar on the farm and an olive-based beauty range.

A name is born

The boys were always involved with the work on the farm. In the early days, no crusher was used; they had to use their hands to remove the berries from the stems and stomp it with their feet to break the skins! Their legs and feet were always dirty. Needless to say, when they had to decide upon a name for their wine, their mother did not think twice: Eight Feet! Thus two wines, a red and a white are named after the brothers. The blend is made from four cultivars, and it symbolizes the four brothers. 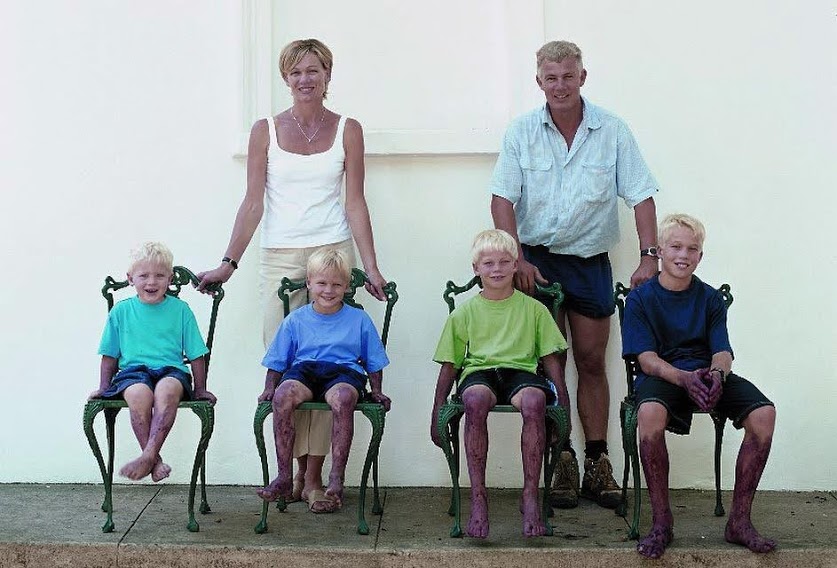 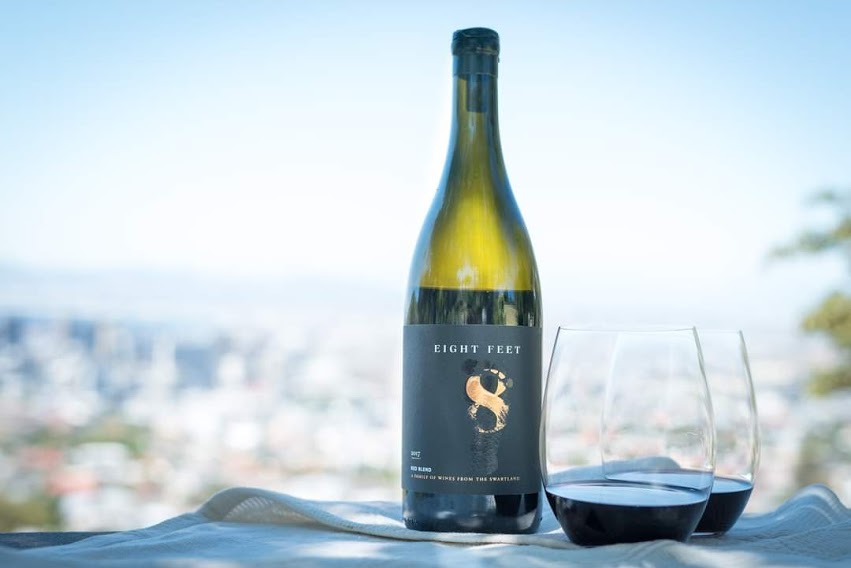 Since their early days on the farm, coffee was always part of their daily routine. During holidays on the farm, their mom used to pack a basket with jam and cheese sandwiches and a coffee flask. At eight o’clock, they will take a break, and the smell of fresh coffee filled the air.

And today, under the old Oak Trees in Dorp Straat, our cups are filled with coffee, and I get the opportunity to know Johan, the second oldest brother, a little better.

The brothers all attended Swartland High School. Johan represented Boland Rugby as a youngster before he joined his brother at the Sharks in 2014. He made his first-class debut in 2015 before leaving for Cape Town where he joined his brother Peter- Steph at the Stormers and Western Province. One of the very special moments was when he joined his brother for their first game on the field together. Another proud moment for the family was when Peter-Steph was awarded the 2019 Men’s World Rugby Player of the Year.

The game of rugby is not a game without injuries. The 25-year-old Johan also got injured and had to spend a lot of time on crutches. On the farm was a beautiful lookout point. As they sat there, a plan to sell coffee entered their minds. It was an excellent spot for visitors to linger for a while with freshly brewed coffee in their hands.

The brothers decided that a trailer must be built. They called a friend to do the job, and after four months they were ready to sell coffee!

Their first event was the Varsity Cup Rugby at Coetzenburg Stadium in February 2020, where they sold coffee from their mobile trailer. Unfortunately, Lockdown came, and everything changed. Johan also completed a Barista course, and suddenly new opportunities and challenges arise. 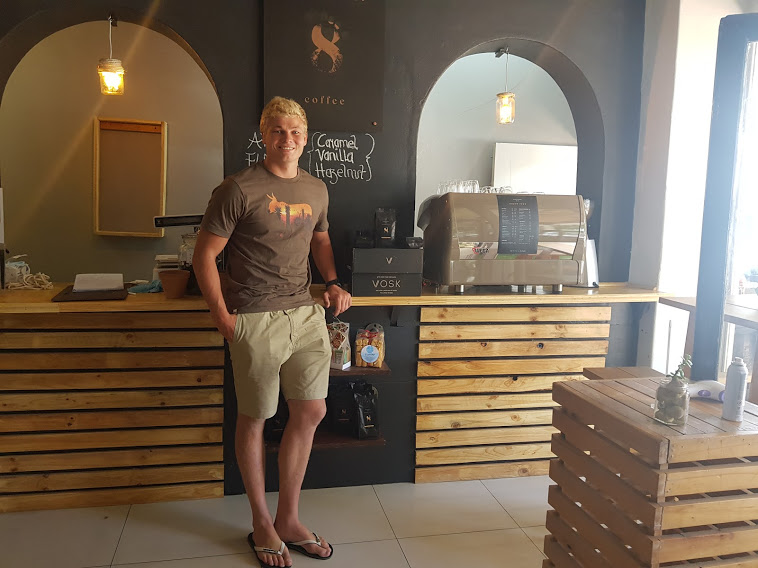 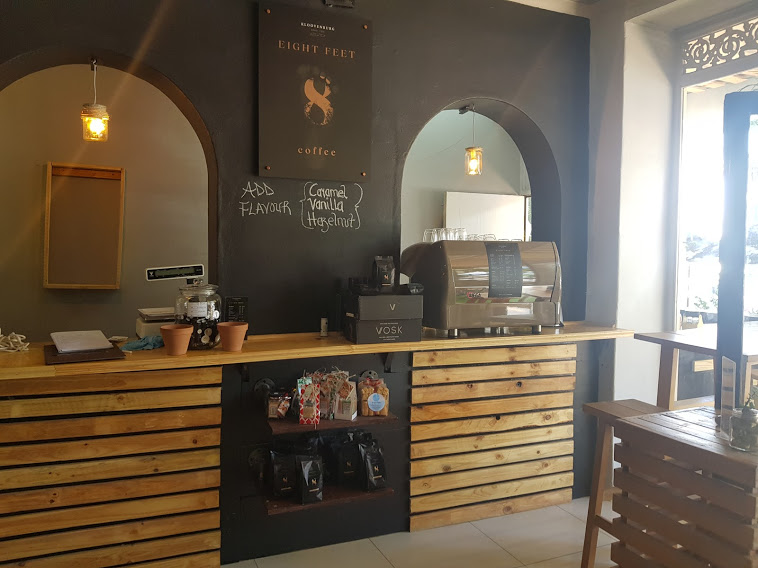 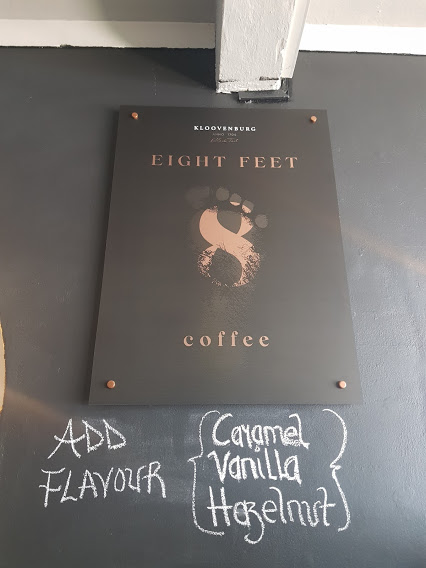 ” May your coffee be stronger than any challenges you face today. But if not, remember: “Don’t throw your cup at anyone, you need it for refills” – Nanea Hoffman

During this time, the founder of Adam & Eve Collab Clothing in Dorp Straat suggested the brothers join the venture. And suddenly the challenge was on. The woodwork had to be done to build the coffee bar and the sitting area underneath the trees. Anton, the second youngest brother, who is a medical student, volunteered for the job! It was mostly a brother-project because, since the beginning, the whole purpose was to do business together.
For them, coffee making and tasting are a little bit like winemaking. You add a little bit more or a little bit less of something. Primarily the beans from Tanzania, Peru and Guatemala are used.

What about the clients visiting the coffee shop? It is their friends, family and the people of Stellenbosch who love good coffee. People who love to sit under the shades of our Oak Trees, indulge in good conversation with a coffee in their hands. People who will ask for a refill!

The du Toit brothers are here to stay. May you always look over the top of your coffee cup, brothers, and smile at life! 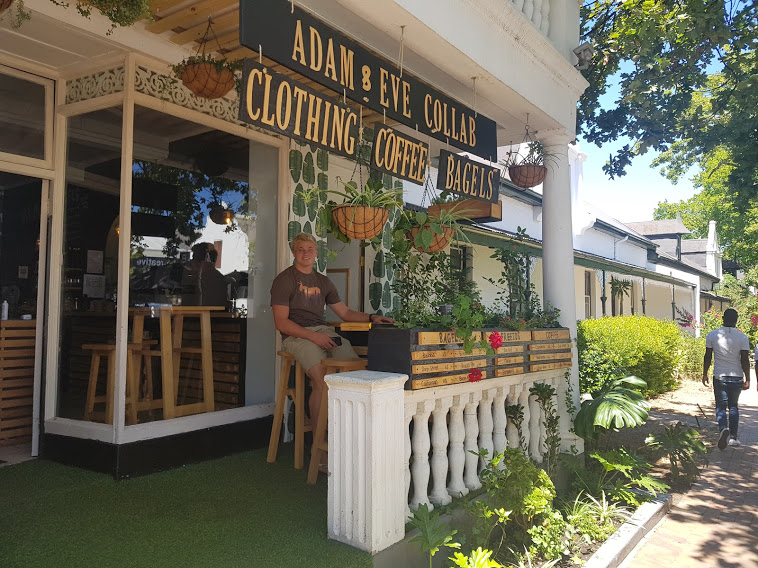 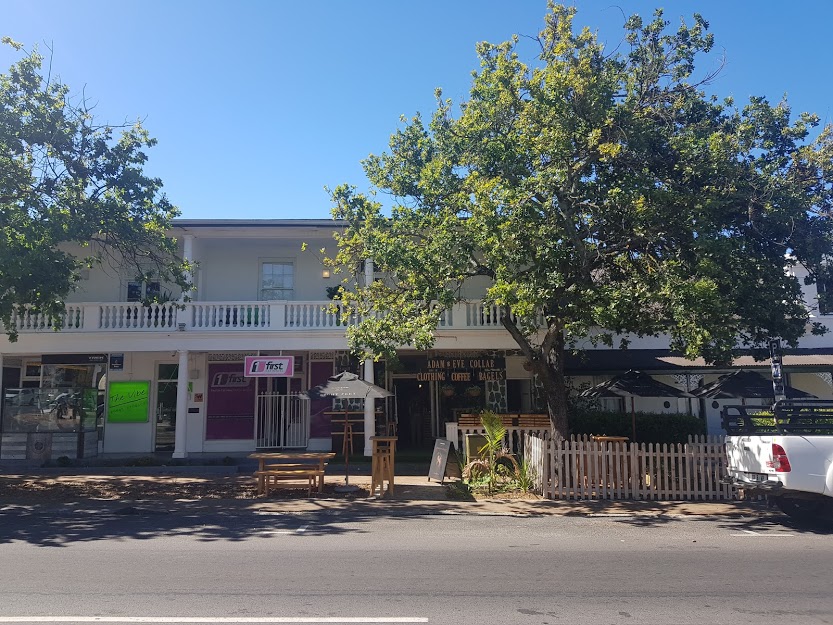 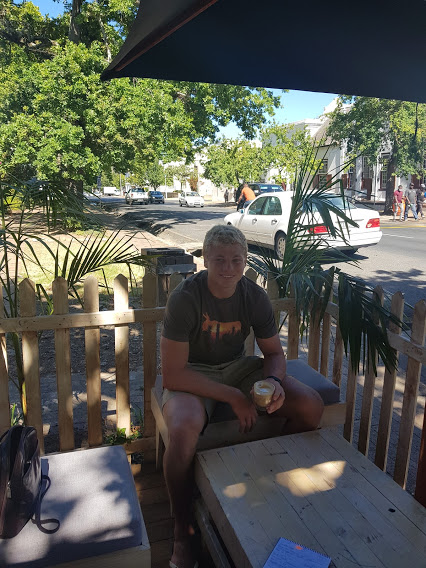 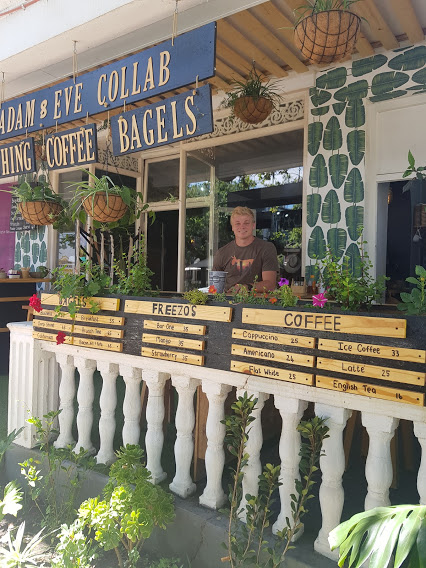 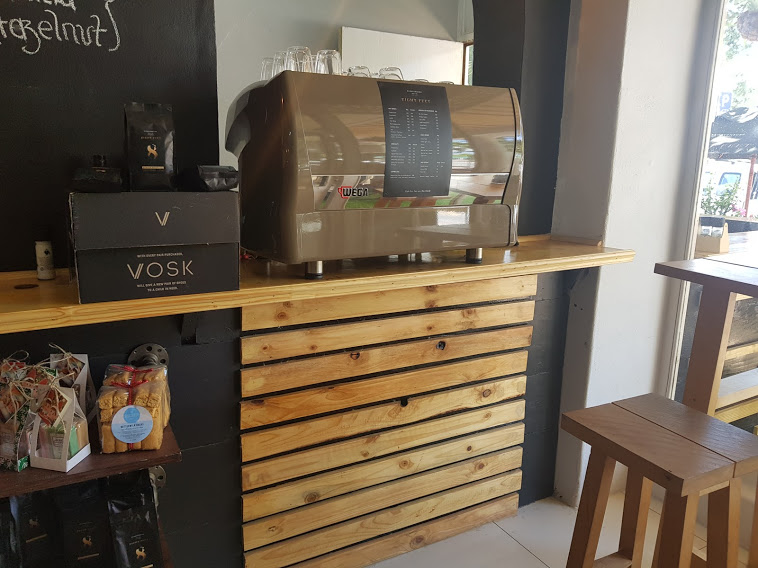 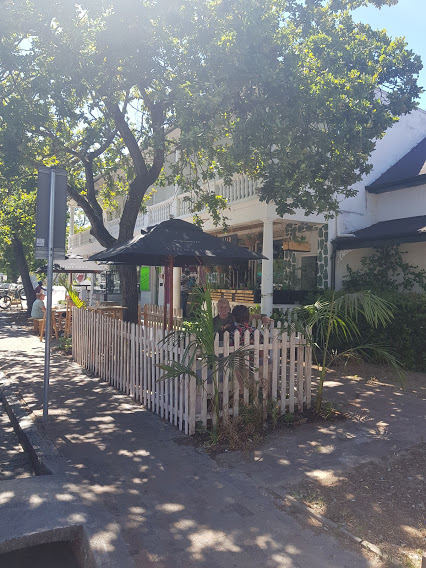 Photo’s courtesy of the du Toit brothers( small children, and drinking wine in the vineyard).